5 Things Not To Do While Playing Live Shows.

Playing to an interactive crowd that bounces up and down or is somehow visibly moved through the music is one of the most exhilarating experiences, it helps you establish a feeling of self-worth that you probably wouldn’t have had otherwise. However it also takes time to realize what looks cool and what is just utterly ridiculous and makes people think “what the hell is wrong with these guys?” The unfortunate thing about this list is that I’ve almost done all of them. 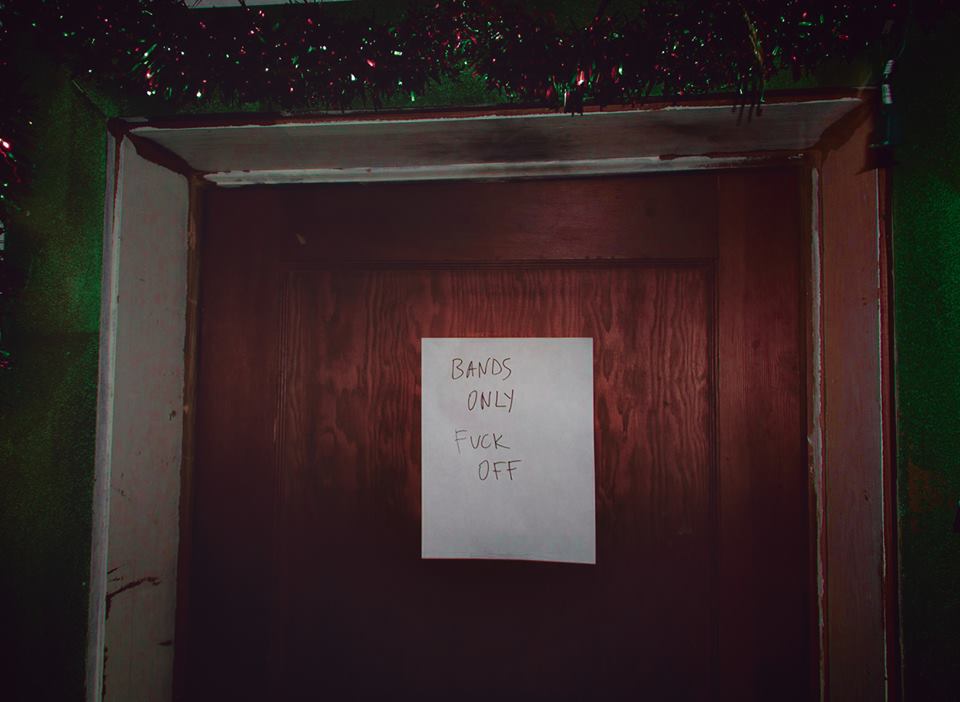 1.   Don’t use blood caps with the intent to be more theatrical on stage.

The first show I played was at KC’s music alley in Fredericksburg, Va. I was 14, it was 2007, my band had a terribly juvenile name “the Trainwreck Orchestra,” and we were playing the popular underground music of the day which someone figured they’d call it “metalcore.” We were opening up for a northern Va. Local that had become rather huge named ABACABB and for some reason I thought the only way we’d impress people enough for them to listen to us more was by biting down on blood caps and make it look like we were bleeding out of the mouth, some move I stole from that shitty classic rock band Kiss. The guitarist and I ended up spitting it out after we bit down on it because it tasted so terribly. I had several friends come up to me concerned afterwards asking if I had hit myself pretty hard in the face with my bass.

That summer we ended up playing at a show thrown by 102.1 at The Canal Club and the 5 of us were basically just stoked because they said “The Trainwreck Orchestra,” on the radio. We started setting up on stage that Thursday night after the most doucherific 311 rip off was done playing songs with commentary like “this song is from our 3rd album,” when the truth is they were just a bunch of middle aged dudes with a friend who found they could record at his house for free while using audacity and they had a pretty shitty graphic designer that could write “middle aged douchebags,” on one of those creed look alike photos where everyone is wearing ed hary shirts and the camera angle is pointed downwards toward them because they thought it was more artistic. The crowd was full of douchebags too, one guy who looked like he worked for a corporation that stood there with a girl he probably planned on date raping that night. A couple other people that looked like they didn’t give a shit about what music they were listening too as long as somebody hit strings hard enough and enough times to form it into a song and they didn’t have to pay to drink with loud music on.

I saw this band once that was your typical “we’re playing what’s cool right now and will be until Warped Tour happens next year when everyone moves on to the next cool thing. Then we’ll breakup and have 3 of the same members, but a new band and a new genre.” They were terrible. Someone did something wrong halfway through the song and the guitarist kind of made them all stop and restart the song. That’s how you get people talking crap about your band and subsequent bands even after you aren’t stupid enough to stop restarting songs. I see one of the guys just hanging out at the guitar center sometimes, trying to push his newest bands demo on the guy in charge of drums.

4.   When playing at a skate park don’t climb up onto a ramp and play there.

As you may be able to tell by now, a lot of the mistakes I made playing live happened in the first band I played live with. Yeah, we were playing at a skate park and 14 year old me though it’d be awesome to climb up on a ramp and play there. Everyone in the crowd was pretty stoked, not because of the music or anything. Over half of them just really wanted me to fall.