Confronting The Stereotype: Up Close with Porcelyn Headen

With the topic of social and racial injustice making headlines in the media within the last six months, Porcelyn Headen addresses the issue of stereotypes. Headen, a sophomore studying photography in the VCU School of the Arts, uses both personal experiences and social media in her work. In her most recent series she delves deeper into what it means to be ghetto and revitalizes prominent portraits of white figures throughout history. 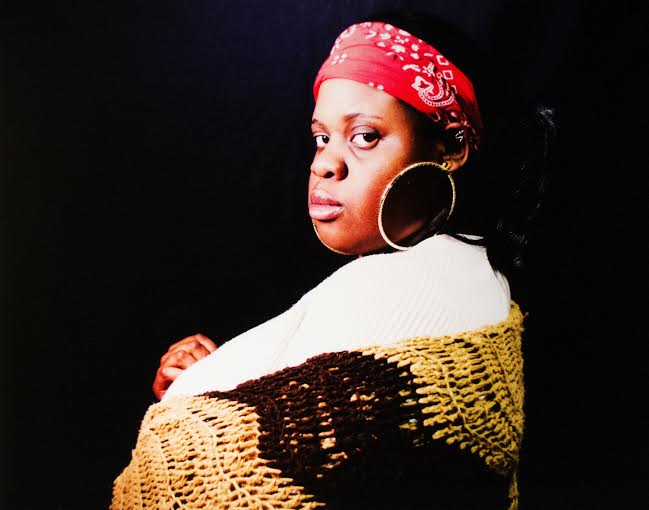 Ink: What is the name of your series?

Headen: I actually don’t have a title for the series as a whole, which is probably not a good thing. I have titles for each picture (portrait) I’ve recreated.

I: What is the concept or theme in this series?

H: It started out as a project and I got the idea when a friend from back home said “Why don’t you just show them the ghetto side of you”. I didn’t think it made any sense. First of all, I don’t have one, and second of all what does ghetto mean to you? So, that night I ended up posting a status on facebook asking “what does ghetto mean to you?” and I got a ton of responses. About fifty plus. After that, I tried to figure out how to connect the responses I received to me personally.

I: Was there a certain response that stood out to you the most?

H: Yes, the first response I got was a long paragraph about what ghetto is. The person mentioned things such as forty ounces, malt liquor, saying the n word every two seconds, and other things along those lines. My mom even ended up commenting and old high school teachers too. So, I started from this and built my series from there on up when incorporating these responses in to my photography. I used personal experiences along with the opinions I received on social media. 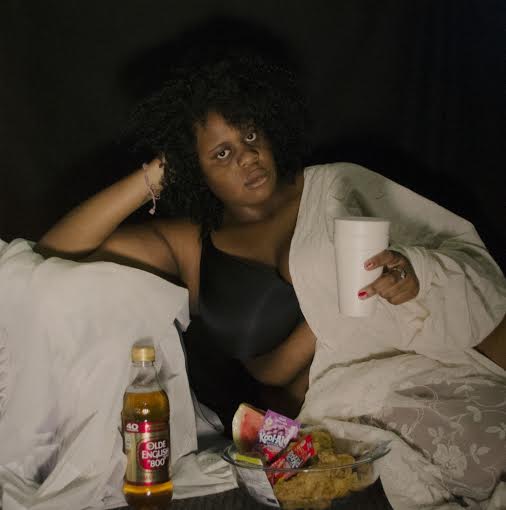 Blacchus vs Bacchus by Caravaggio

I: What personal experiences came into play when setting up your series?

H: I’ve been to a job interview before and was professional throughout the interview. The interviewer, who was white, said that I couldn’t come in  to work with “big black girl hoops” and I couldn’t come in “talking all ghetto” in the middle of the interview. I left. I didn’t understand why anyone would approach someone else like that. I can’t do much without being reminded of my race and the stereotypes that come with it. People can’t look past the fact that I’m black and think I’m ghetto because of it.

I: Incorporating the two, how did you do it?

H: I took my experiences in professional settings along with with social media responses, and then looked at famous portraits we learned about in AFO. I chose some popular portraits and a few that caught my eye. I definitely did choose some props for my recreations based on the preconceptions people had of me and responses I received on facebook. I didn’t even own the “big black girl hoops” and had to call my mom and ask her what to get.

I: How did you prepare for your recreations and how did you choose which portrait you wanted to recreate?

H: I gathered my supplies first and matched them up with the portrait it would fit best with. When I did the Mona Lisa I got a long wig and a hooded sweater, matching the stereotypes with the portraits.

I: Did you purposely choose portraits of prominent white figures to recreate?

H: Yeah, I thought about doing a Frida Kahlo portrait but I didn’t end up choosing her because she’s not white. Stereotypes have only been perpetrated on me by white people. If it had been a hispanic woman who had done so then I would have used a hispanic figure for a recreation. I’m not trying to be offensive and making a statement saying all white people are racist, it’s just my personal experience. I’m trying to take it from real life experience and make it a series I can personally connect to. 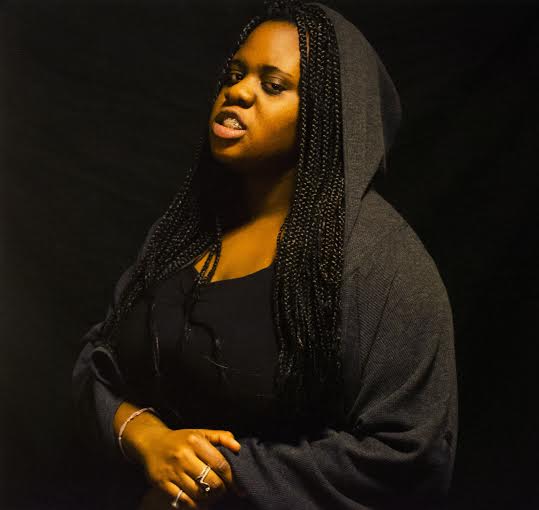 I: So, was it a time consuming process?

H: To shoot each portrait it took me about three hours. If the lighting changed just a bit I would have to reset the camera then run back and get the right pose.

I: What is your goal with this series?

H: When I first approached this idea I just wanted to be an asshole and embrace the stereotype, sort of. The thing is, I don’t want stereotypically black things to be a bad thing. It’s fine if you’re black and you like to wear hoop earrings. For example: fried chicken, watermelon, and kool-aid – I love those things and that’s completely fine. I want to detach the negative connotations that go along with black stereotypes.

I: Do you think you shared your series at an appropriate or right time taking in to account what has been going on in the media within the last few months? Is your message coming at a good time?

H: I think so, I started the project a few days after Ferguson hit the media. It was at the peak of Ferguson media coverage. I feel like it was good timing for that. Around that time, I saw statuses on facebook talking about how “rowdy” black people were because of the protests. Black people are mad because of injustice and white people start riots over football games.

I: Do you think these pieces are more up to interpretation at this point because social injustice is such a big issue right now?

H: Yeah, when I posted it on tumblr I saw a lot of comments on it. There was someone who said that the series was “not for white people to view” which I don’t agree with. I want everyone to see my art and why would I make art just for black people to see? Another girl reblogged my post and said she recognized the problem and was addressing it for her followers. She also said she felt like she perpetrated stereotypes just by being white. I found that comment interesting because I don’t walk around blaming white people for all of my experiences but I appreciate that people recognize how big of an issue stereotyping is. 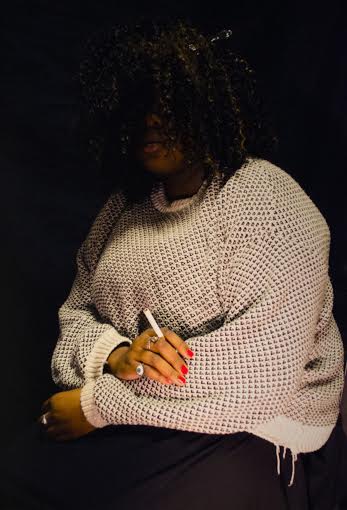 Francious vs Francis I by Jean Clouet

I: Have you encountered any problems with being an artist because you are black?

H: Yes, I’ve been told I couldn’t do something just because I was black. For example, I was told I wouldn’t be able to take black and white film self portraits because I’m “too black”. I just did a film self portrait and it came out just fine. I also have almost been kicked out of a place because I’m black but I was just trying to take a picture. I was in a church with a friend and someone who worked there told me to leave. The lady said my friend could stay but I had to go. My friend was white and I wasn’t. I was trying to take a picture because I liked how it looked and I had to leave.

I: Do you plan on continuing this series?

H: Yeah I do, I just need more ideas. It won’t just be popular portraits in history, it could be relevant modern works that are recognizable. 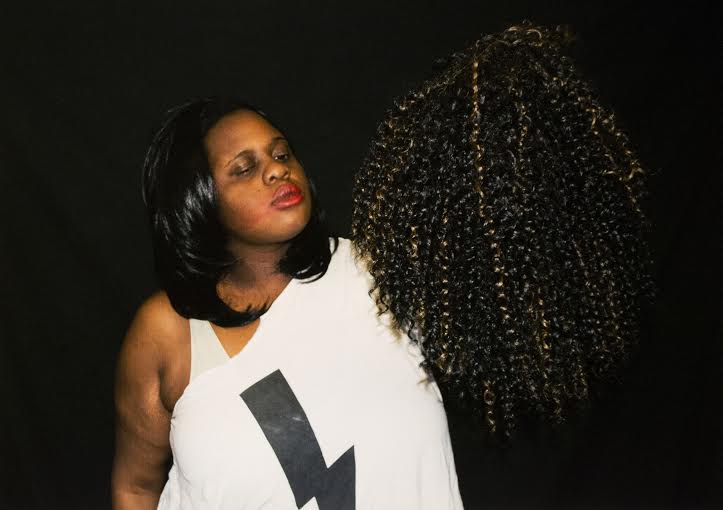 You can see more of Porcelyn’s work at her website: pshphoto.tumblr.com