Some Things Last a Long Time, Daniel Johnston is Proof.

I spent a lot of time this summer sitting on my friend’s porch and listening to music. We’d sit and collaborate on a playlist that we play on shuffle, back and forth, listening to the music we had discovered since the last time we saw each other. I was caught off-guard by a song he had added to the playlist. The quality of the recording wasn’t very good, the singer had a strange high-pitched voice, and there were very audible mistakes throughout the recording, but there was something about it that just stopped me in my tracks. The quaint nature of the recording gave it a sort of intimacy that connects you to it instantly, with lyrics crooning about the insecurity of making art. Distant piano played as an odd voice sings “We don’t really like what you do/we don’t think anyone ever will/it’s a problem that you have/and that problem’s made you ill” and I was hooked. As soon as the song was finished, I asked what the song was and discovered it was Story of an Artist by Daniel Johnston.

I dug into his Spotify to find that all of his music sounded like it was recorded by putting a phone on his piano, and that’s because it is. All of the artwork are these strange cartoon drawings of things like babies and aliens \ with strange titles like “Songs of Pain” and “Don’t be Scared”. Step away from all of that, and the one thing Daniel Johnston had above other artists was a sincerity and vulnerability I hadn’t heard before. Art has always existed as a tool for self-expression, and Daniel Johnston is a reminder of how powerful that tool can be. 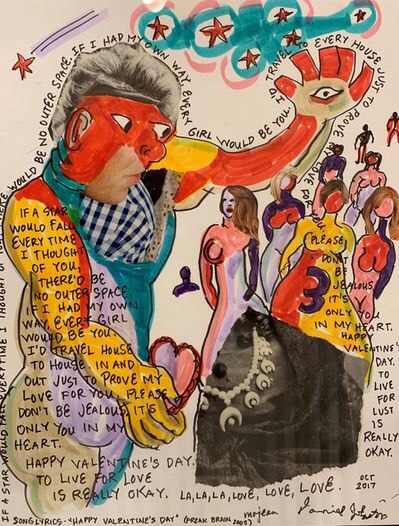 When you explore his body of work, it’s clear that his approach to art was without any second thought. Tracks had clear mistakes in them. His visual art used characters like Casper the Friendly Ghost and Captain America frequently. That didn’t matter though, in fact, it added to the charm of his work. It didn’t matter how well he could play an instrument, or how well he could sing, he wanted to express himself in a way that everyone could understand. His work had moments of pure anguish, with songs like A Little bit of Soap, where Johnston sings about how no soap can wash away the pain he experiences. It also has moments of genuine fun, such as his comic, titled Space Ducks: An Infinite Comic of Musical Greatness, which had an album to accompany it. 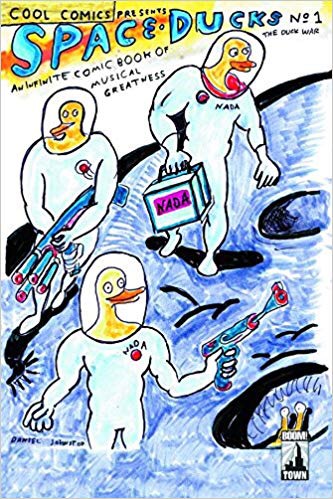 Despite discovering him recently, his death affected me more than I thought it would. Daniel Johnston’s work had a sweet, innocent quality to it, despite the sad tone that surrounds it. He exists as an example that art isn’t just something that belongs to the New York art school elite, but as a tool anyone can use to express themselves and connect to those around them, no matter how technically skilled you are. His strange, beautiful voice is always going to hold a special place in my heart, and is to be sorely missed. If some things last a long time, I can confidently say Daniel Johnston is one of those things.