John Butler Trio at the National

Written and photographed by James Saulsky

What the hell is a JBT? According to the guys in front of me in line last Sunday, it’s one dank burger that they couldn’t wait to have; according to the marquee above our heads, it’s the John Butler Trio. For one night only on November 16 the special at The National was a JBT with a side of Monica Heldal. 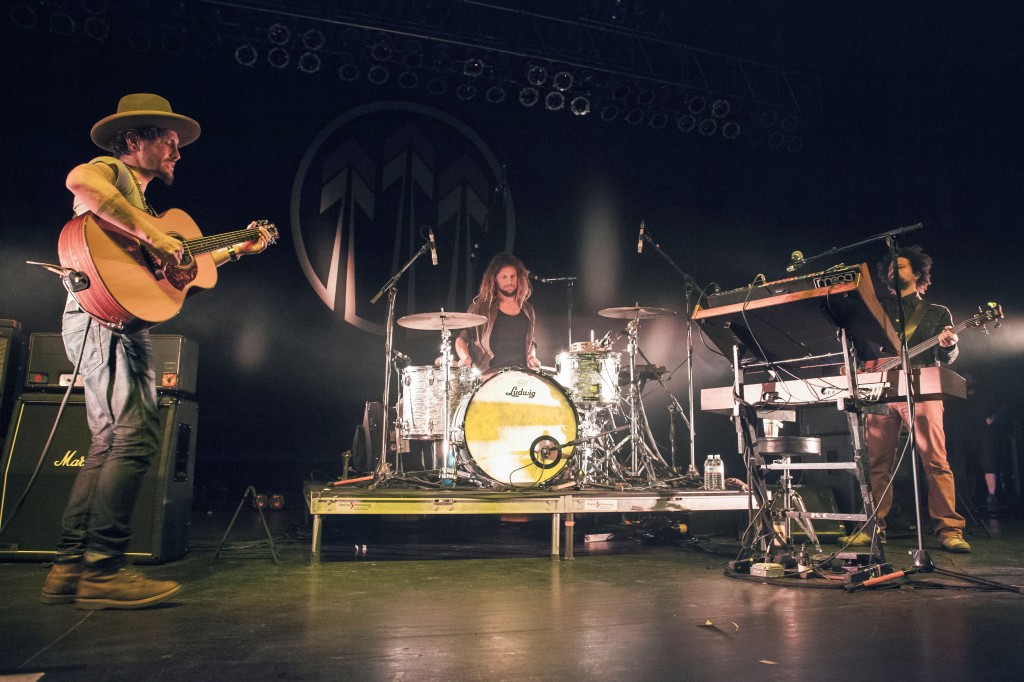 By the time my hungry friends and I walked through the worn, wooden doors of the theater, the crowd already stretched from the stage to the back wall. Upon first glance, they appeared to be doing the traditional “opening act” dance, which is to say not moving at all. This is something anyone who’s been to a concert has seen before, but tonight there was something very different going on. All around me, mouths hung slightly open or bent upwards in faint, unintentional smiles. Widened eyes were locked in a steady, trance-like, gaze with the two performers on stage.

Illuminated only by dim red lights, Monica Heldal, joined by Oyvind Blomstrom, sat side by side with matching sun-burst acoustic guitars in hand. 10 seconds into their next song, it quickly became apparent as to why the audience was so mesmerized by the Norwegian duo. Heldal’s music is a beautiful combination of delicacy and power sewn together with her unique and memorable voice. Songs like “In Flight” and “Boy From The North” bring to mind the awe-inspiring mountain ranges and rugged terrain of her home country with soaring vocals to match the highest peaks. For those members of the audience she left craving more, which is to say most of them, her entire album can be streamed now on Spotify.

Following Heldal’s set, a team of roadies quickly removed sheets of black cloth covering the John Butler Trio’s instruments and gear. The energy level in the room swelled immediately when the house lights were shut off and Butler himself walked onto the stage. Anyone familiar with Butler’s music is aware of his incredible guitar skills and musicianship. However, equally impressive are the abilities of the two other members of the trio; Byron Luiters and Grant. Throughout the night, Luiters switched between electric bass, upright bass, and synthesizers and both Luiters and Gerathy helped fill out the performance with background vocals and harmonies.

The trio kicked off their set with a lively performance of “Used To Get High For A Living” before transitioning into a slow building jam session that morphed into “I’d Do Anything.” Much of their show would progress in this way, interspersed by improvised sections with Butler often trading his 11 string acoustic for a banjo or electric guitar. The trio smoothly worked in new material from their “Flesh & Blood” album with well known songs like “Better Than” and “Ragged Mile.” During a break in-between songs, Luiters and Gerathy exited the stage, leaving Butler left alone with his 11 string and a nail file.

“This is my favorite time of the night,” quipped Butler as he worked away on his right hand, “where I get to file my nails in front of a bunch of people I love but don’t know.” As Butler moved to play the first notes of “Ocean,” the crowd visibly leaned in to listen. The 12 minute long song, described by Butler as something that explains everything he can’t say with words, simultaneously showcases Butler’s musicianship and unique style of playing along with his ability to manipulate the dynamics in a room. The song progressed through waves of building and waning intensity, culminating in a series of rapid, distorted chords. 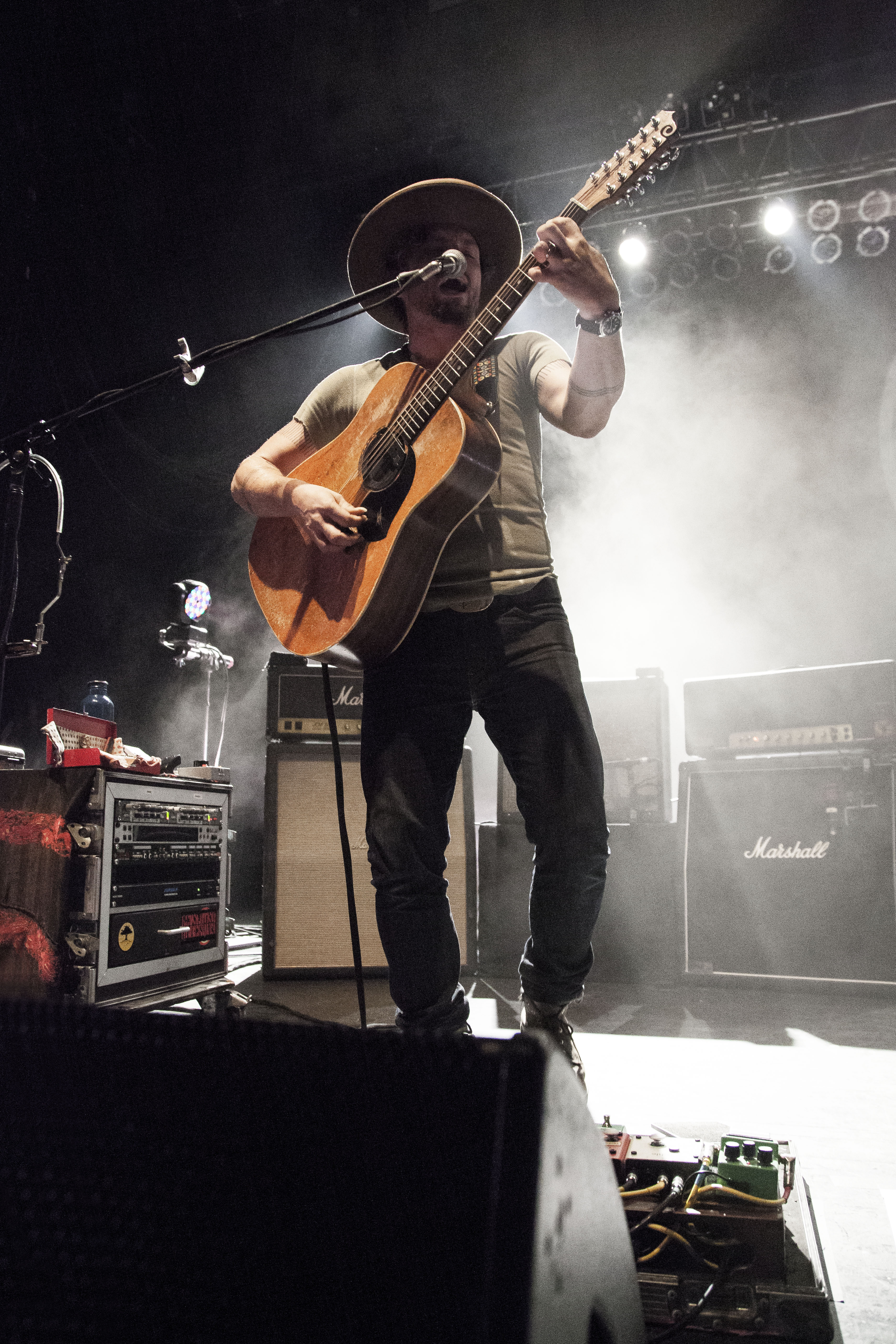 After several more songs accompanied by the rest of the trio and thundering shouts for an encore, which were answered with performances of “Close to You” and “Zebra,” the evening came to a close with heartfelt applause and cheers from the audience members. The John Butler Trio’s new album, Flesh & Blood, can be listened to in its entirety on Spotify.