On January 6th Kingdom, a music venue located in Shockoe Bottom, announced that it was closing its doors. My feelings on that matter can be summed up rather simply- that’s pretty awesome. Why is it pretty awesome though? There are several reasons. If you had a map of Virginia it would be relatively easy to circle spots on the map where strong music scenes are located, of course with the assumption that all music scenes displayed underground music in the realms of hardcore, pop punk, metal, indie and whatever else is trendy at the moment.

Virginia’s three strong music scene spots are Virginia Beach, Richmond, and Northern Virginia along the outer limits of D.C. In March a tour headlined by critically acclaimed pop punk band The Wonder Years with the supporting acts being Fireworks, Hostage Calm, and Misser played a show just outside of D.C. in Springfield at a venue called Empire. The next day if you were a part of that scene then you got on whatever social media platform that you take the most pictures and update with stupid things about how you’re trying to find the love of your life while shopping at Walmart and you saw a million posts talking badly about either Empire or that tour. The guy running the merch table for Misser got in an argument with the guy that was running the venue over how much the venue was getting out of their cut of the merch sales. The guy in charge of Empire ended up calling the merch person a f****t and it catapulted a slew of twitter posts of friends of the bands on that tour and fans to boycott the venue in Springfield.

Why does that matter in Richmond? The night before they played a show at Kingdom. The manager from Empire who had called the merch guy a faggot was there helping out set up and run the show. I distinctly remember him yelling profanities at the line waiting outside as he tried to straighten it up. The businesses of Kingdom and Empire were owned by the same person and had a very similar setup as far as management goes. Usually the way they worked things out was they’d either tell the tours they could play a show at both Kingdom and Empire or they’d have to sign a contract that said they wouldn’t play their next date within a certain distance of where the venue was.

The shutdown of Kingdom not only levels the playing field for smaller promoters in Richmond it levels the field for most music scenes in Virginia. There used to be a music scene in Fredericksburg. If you get on 95 north and drive for about an hour you’ll see a Carmax on one side of the road, a gym off in the distance next to a Walmart, you’ll probably even be able to see the long strip of car dealerships that’s riddled with crappy hotels and run down fast food joints. Being young in Fredericksburg is hell. You’ll be looking for things to do and usually you come up with about 5 choices: go bowling, go to the movies, go downtown, go to the mall, or get drunk at a friend’s house with 6 or 7 other people where they feel it’s worthy enough to call it a party and they take pictures and upload them to Instagram or Facebook and put them into the photo album titled 2014 party. YOLO! Lol Jk. Sorry mom.

Up until a little bit after kingdom opened you could usually go to one of the shows the guy in charge of piercings and co-owning a local tattoo shop would put on in the back of the tattoo shop. In high school you’d be left with your extra-curricular’s and 99% of the time if it was someone I was friends with one of theirs would be to be in a band. That hasn’t mattered in Fredericksburg for a while now. That guy lost too much money on trying to book the incredibly smaller tour packages and was unable to get the bigger packages to play Fredericksburg. This was a venue that at one point was able to book A Day to Remember. Of course it was back before A Day to Remember sucked. For Richmond though it balances out in a different way. It allows the promotion company that usually works with the other prominent Shockoe Bottom venue Canal Club to begin a more frequent set of shows than it previously had and evens out the ability for most venues to get larger touring packages. 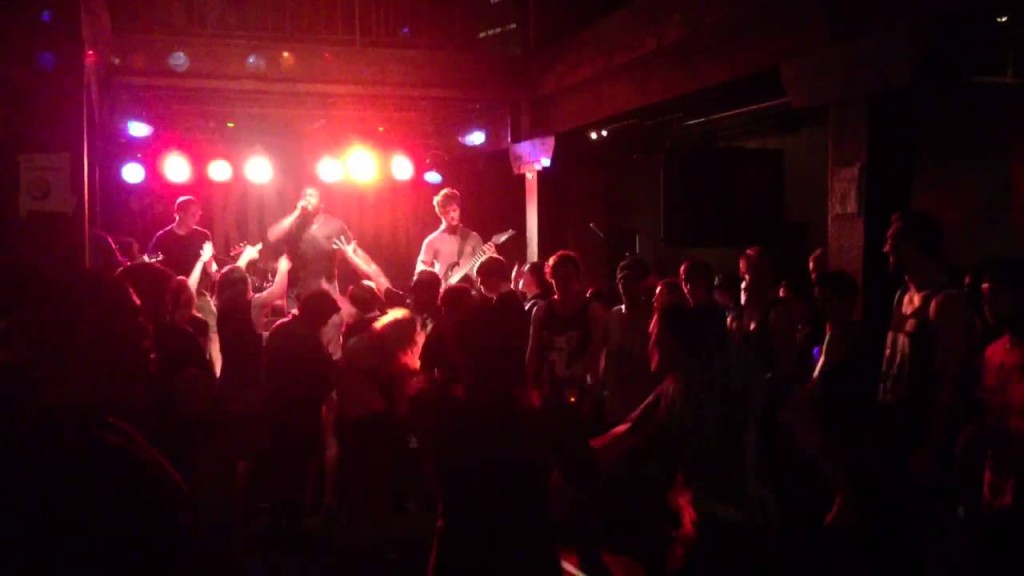