Imagine a spring day in the park, vendors are lined up along the sidewalks while a music festival is going on in the center of the lawn, the pathways surrounding the fountain have been freshly paved, and newly planted trees are providing you with shade. This is what the image for the future of Monroe Park looks like. While this may seem like a pleasant scene, it comes at a price.

In just a few days, the construction on Monroe Park will begin. The aim of the renovation is to make it a more “family friendly environment for the public.” A.K.A adversely pushing out the homeless population. Rather than splitting up the renovation into sections so that the rest of the park can still be open to the public, the city has decided to shut down the park entirely for up to 12- 18 months. This causes a major problem for the poor and homeless population who rely on Monroe Park as a place of refuge and shelter. For years now, on Saturdays and Sundays, charities have gone to Monroe Park to feed the homeless. But with it being closed to the public for a year, they will have to relocate to another facility with the capacity for the large amount of people they are feeding. The city proposed the Conrad Center as an alternate space to feed the homeless. However, relocating to the Conrad Center is completely impractical due to its remote location. People would have to find public transportation and go out of their way to get there, making it nearly impossible for the disabled get there. 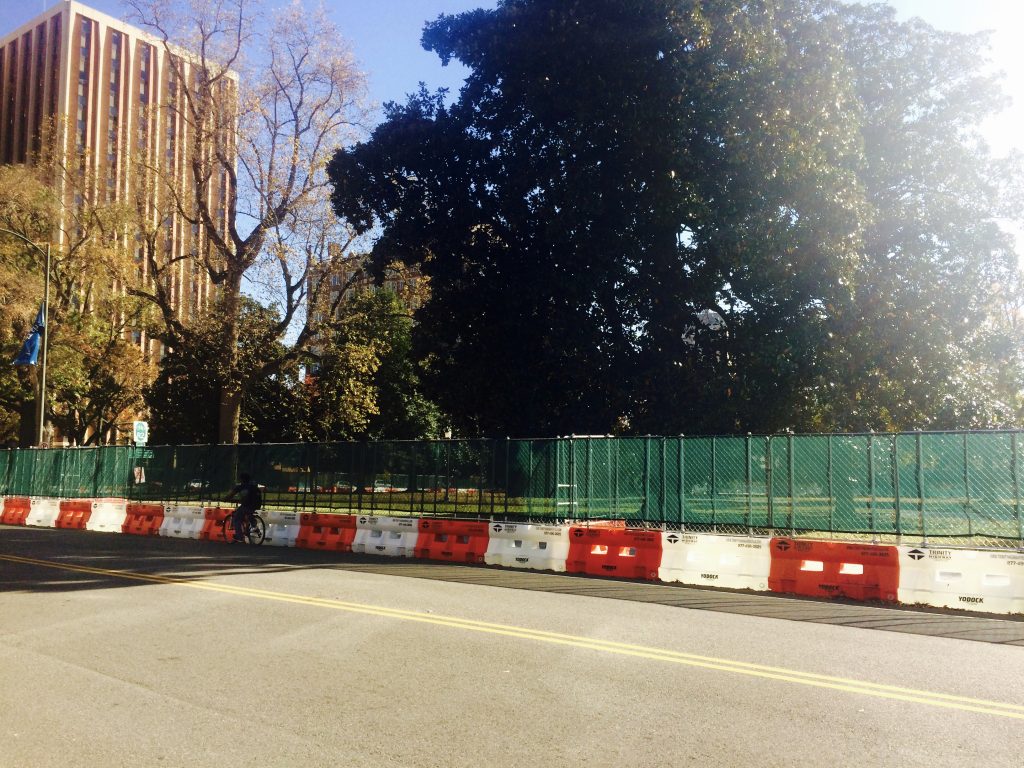 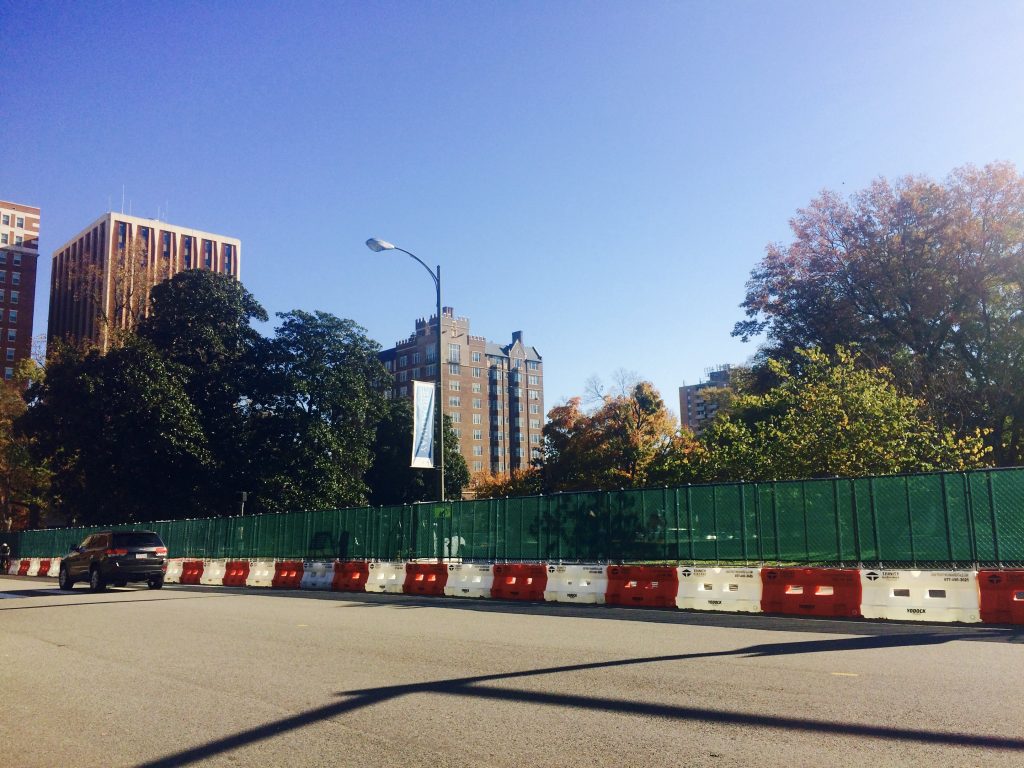 The city should have the best interest of all of its citizens at hand, including the poor and homeless. The renovation of Monroe Park is illuminating the fact that the powers, unfortunately, seem to be more interested in making revenue through the renovation of the park, rather than looking out for the people who reside there.

Walking through the park on a rainy Wednesday, I can already see the incoming change. It is deserted for the most part, people’s belongings are pushed to a small designated area of the park rather than being spread. The benches usually filled with people are empty for the most part now, with the exception of one person. This person is James McGrath, known to everyone else in the park as Spike. He has been residing in Monroe Park for the last six months and calls it a “dysfunctional home.” He recounts from his personal experiences in Monroe Park, saying that there is a sort of community in the park between the people living there. “We’re basically being kicked out,” he said. “When the bulldozers are gone, we won’t be welcome back.” He personally feels that the way the city is going about the renovation of Monroe park is inefficient. “If they did it bit by bit, we wouldn’t have to leave, we could just stay to one side,” he said. Unfortunately, it is the people who have the least say in the matter who are being impacted the most. 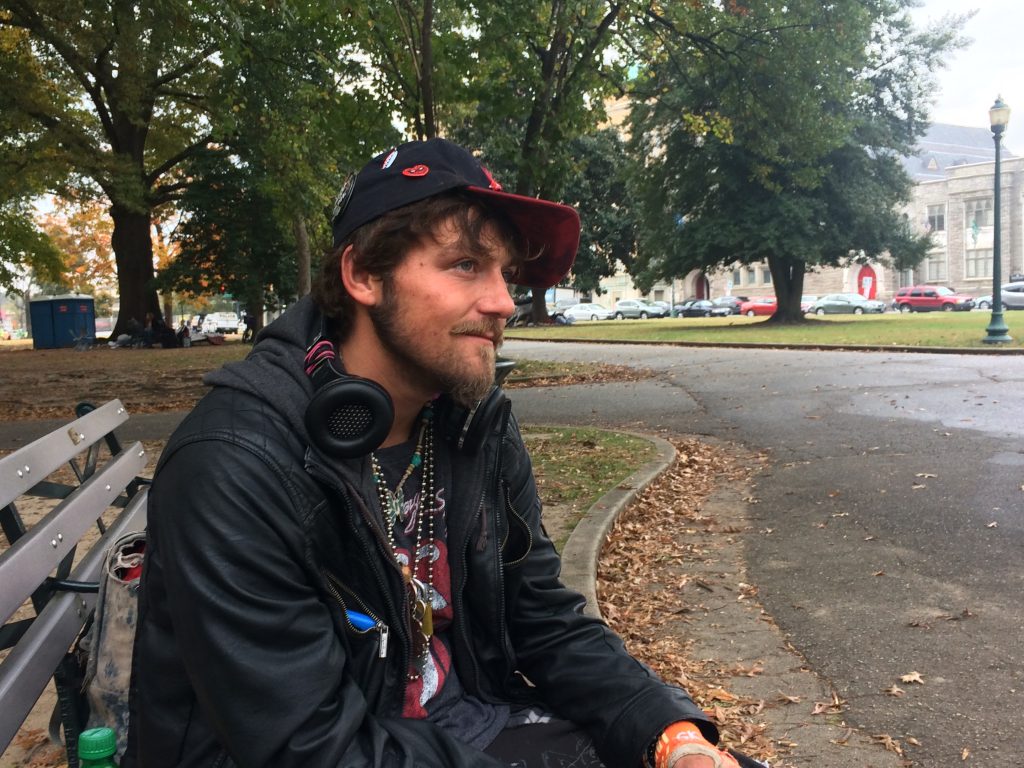 Luckily, there is a charitable hand that is concerned and wants to help. Caritas is an organization in Richmond that aims to help people dealing with homelessness and/or addiction by providing them with a safe place where they can be properly sheltered and have a transition between homelessness and the next stage of their life. Their emergency shelter, addiction recovery program, employment program, and furniture bank have helped hundreds of people in the Richmond area recover from addiction and find their way back into the world. In early September, they went around Monroe park and passed out business cards with their hotline number and offered their support and services. If it wasn’t for Caritas, many of the people residing in Monroe Park would have nowhere else to go.

The renovation of Monroe Park is in motion and happening in just a matter of days. It currently cannot be changed, but what can be changed is the way our community looks out for our homeless population. It is through organizations like Caritas, that those who are in need can find food and shelter. Richmond’s backbone is the people who live within its borders and are a part of the community. It is our responsibility to help these people when they are in need.