You might’ve seen them online, or at one of the many shows they’ve been putting on recently; Satellite Syndicate is a blessing to a city saturated by Indie Royalty hopefuls, camping-obsessed folk bands, and chord-blasting, first world Anarchists. The beat-driven collective’s been incredibly active since their inception, remixing everything from James Blake’s Overgrown to Wildcookie’s Cocaine. However, the Syndicate’s at its best when they produce their own tracks and use samples they curated.

Led by VCU student and producer BSTFRND, the syndicate also features local hip-hop artist Døøf, as well as a repertoire of producers including (but not limited to) Plaad, Sittasines, Jxtpse. and ScoopKid. Though each one has their own style, it’s pretty clear that Satellite Syndicate’s members have taken a big cue from more well known producing greats such as J Dilla, Flying Lotus, and Blank Banshee. They combine traditional hip-hop vibes with samples form older movies and tracks into songs that give off an odd, futuristic, dystopian feel. 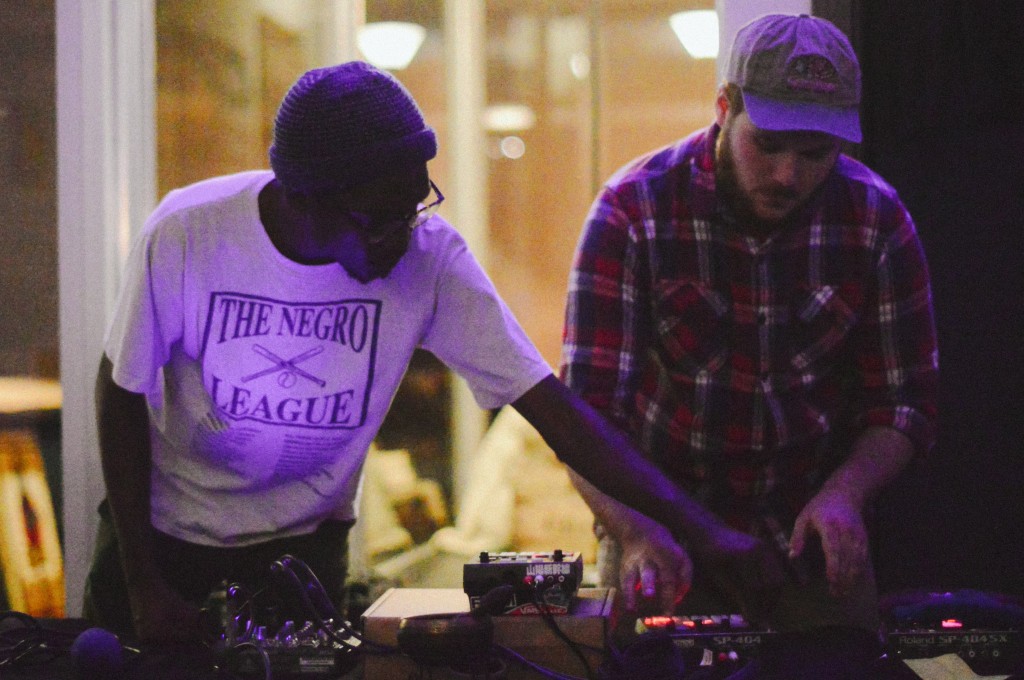 Yet you’ll never get the full experience by just listening to  the SS soundcloud. A night out with BSTFRND and co. is probably one of the best things you can do if you’re looking for a live show unlike any other you’ve seen before. The crew’s visual artists combine cleverly chopped and timed video samples from weight-loss commercials, anime films, Godzilla, and many others, projecting them over whichever producer is on deck. The result is an drug-like experience that entrances an audience, completely capturing their sense of sight and hearing. Eventually, you’ll turn to the person next you and see the reflections of perfectly timed work out videos, slowed down or sped up to match the drum kicks coming out of the amplifiers around you. The best part is that although it might sound otherwise, the experience goes way beyond being “trippy” or just “cool.” The Syndicate live is a hypnotic force that forces you to lose all of your inhibitions and completely dive in to the funky beats these guys are dropping.