The Problem With Crowdfunding 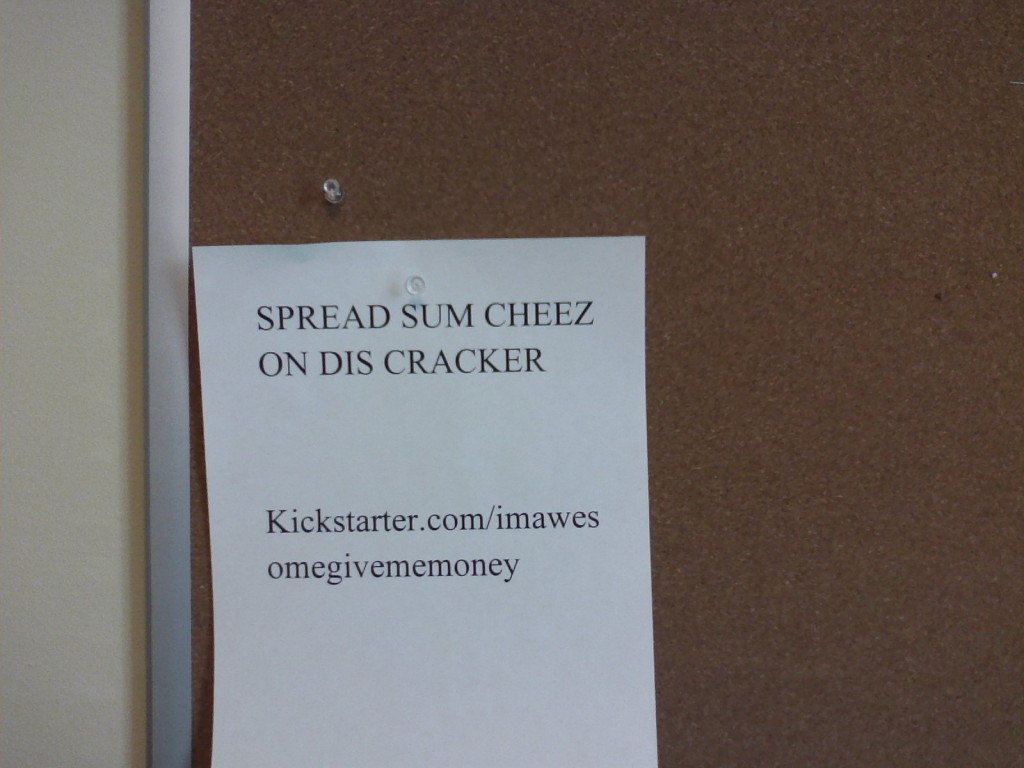 I’ve had a few friends in bands start up a Kickstarter or Indiegogo for whatever band they’re in at the moment so that they don’t have to pay out of pocket. Record companies fund money for recording. If a band goes into the studio and the way it sells is below the cost of the record, there’s no profit, the band is in debt to the label. Sure, it’s cool your band is signed and all but what about all that debt? I’m sure plenty of girls would love to jump a guys bones because of that massive debt. Even if they are signed the record label has a lot more say in the recording.

Looking further into it though it’s not only poor friends without record labels that are asking that you pay for their new EP before it’s actually recorded; there’s not a ‘satisfaction guaranteed’ clause in there. But those who have been successful enough to get into shows like Scrubs and create one of the most famous indie films since the turn of the century ‘Garden State’. In order to create a new movie where he would have complete creative control over it, Zach Braff has used Kickstarter for the second movie he’s ever directed. Will ‘I Wish I Was Here’ be a good movie? Given how awesome ‘Garden State’ is, it’ll probably be good. Interestingly enough though Garden State was created in the same way, however it was just a sole benefactor that funded the movie. It’s great. I’m stoked to see it. On the opposite end of the spectrum however what does this take away from?

You’re on Facebook and 3 or 4 of your friends are pleading for people to help out with this new project they’re working on. Does funding that take away possible money that could go into funding a charity for underprivileged kids? I would be far more likely to supply to funding for a project that is for someone who has proved their creative abilities than for someone who seems to not have put much of their own money on the line in the past in order to further their interests.

Sure it could be a great way to get somebody off the ground but it could also be a great way to watch a Netflix addict fall further into his addiction on his mother’s couch as they dream of all the things they could do themselves. I guess what you do with your money is your own deal, so whether you’d put down money towards creative outlets – which may speak to peoples troubles – or put down money to make sure someone can still eat, it just depends on what you want to do. Now excuse me while I spend my life savings of $0.26 at 711.