The Valentine’s Day Playlist for Partakers of Recently Deceased Relationships 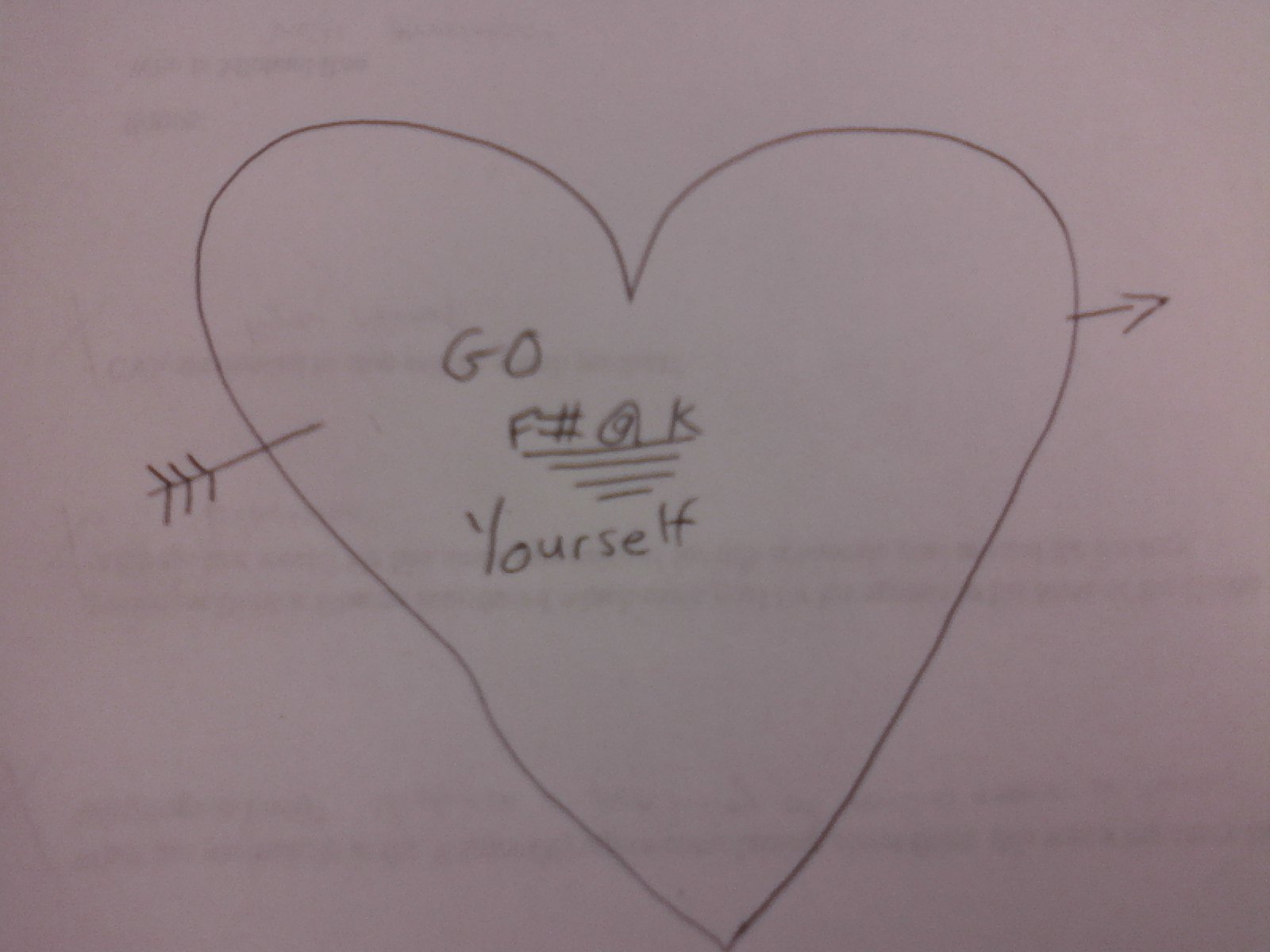 Trying to figure out what to listen to that’ll help you survive Valentine’s Day while your ex sleeps around?

Allow me to help.

“So now you want to change you read a letter from a lawyer want to take me out to dinner want to bury me under a mound of shopping bags like it would really make a difference or make up for your disinterest.”

I can’t really speak too clearly on this. I’ve never had a girl buy me a bunch of stuff in order for me to not leave her, however I’m pretty sure I’ve had a girl buy me a couple things to make up for the fact that she was about to end our endeavor. Either way, Bright Eyes founder (basically the only guy that’s a part of the band besides touring musicians) Connor Oberst is the vocalist and sometimes you just need Oberst in a punk band to keep you going.

“I learned a lot about falling in love when I fell out of love.”

It’s been about a month. You’ve finally come to the realization that things are infinitely different than they used to be. You’re still trying to figure out how to be single

and you’re trying not to fall in love with every girl you talk to at a party yet in the days following you can’t stop telling your friends how awesome this girl is and you think she’s the one and how it seems like things are really starting to get serious. Four days later she threatens to file a restraining order. You never talk to her again. #creeperstatus

“Let’s just pretend everything and anything between you and me was never meant.”

At a bonfire with a couple friends drinking beers with this song on talking about girls you still haven’t gotten over. A week from now you’ll get back on that train talking about how much you hate that person and everything that’s wrong with them, but right now you just need the mix of indie/ emo/ math rock to keep you from sinking.

“I got a twenty-dollar bill that says, ‘No one’s ever seen you without makeup, you’re always made up’, and I’m sick of your tattoos and the way you don’t appreciate Brand New, or me”

I don’t think this needs to be explained because having sex while Brand New is on with someone who actually appreciates brand new is something that makes perceiving the world a million times better. Being in a long term relationship with someone who scoffs every time you turn it on in the car because it’s too damn angry and depressing and they wonder why you can’t put on that mix tape of hers with Drake and Dierks Bentley is something that can damn near lead you to a homicide-suicide type deal.

5. Pianos Become The Teeth- I’ll Get By

“I could live and drown in your god damn smile lines, but I think I burnt up watching you rallying to stay alive.”

Because the ones you love can only fix themselves. You can try, but listening to Pianos Become the Teeth is a lot easier and ten times more fulfilling.

“She hopes I’m cursed forever to sleep on a twin-sized mattress in somebody’s attic or basement my whole life, never graduating up in size to add another and my nightmares will have nightmares every night.”

Going to be cursed to sleep on a twin size mattress at a place that isn’t even your place. That girl must hate you. Maybe she has a voodoo doll with your name on it because you went out to dinner with her once but you didn’t even pay for her because you’re always broke! Just lie to the next girl that’s interested in you that you don’t make money because you strongly believe in not being materialistic even though the truth is if you could afford it you’d have everything in brand names, expensive cars, and eat out every night you could at the highest priced restaurants in town.

“I’ve stowed away everything in boxes and old spaces trying to keep my senses. The only place I want to be is listening to Elvis in your front seat, faking a life in the fifties.”

Its several months after now. You’re about to celebrate Valentine’s Day alone watching the new season of House of Cards. Your addiction to sex has died down. Your addiction to Netflix has flared up. All you can really do is watch breaking bad all the way through again and look at former belongings you shared with someone else and kept in that everything that defined your relationship box. After your finished listening to this song go out and buy a flamethrower. Burn it all.

“Whether forever or never again, I see you gone and now I just want to be there with you forever.”

This song is just pretty damn good. The built up ending makes you feel like you’re able to dodge bullets. It also transitions into the final song rather nicely.

That’s it. You spent the past nine months trying to get to a place where you can say that you definitely say you won the breakup. It’s the Tuesday before Valentine’s Day and she’s with her new man. You forget what made her so great. You’re just afraid of dying alone. Guess it’s time to get drunk with your friends and go to a punk show and be the life of the mosh pit. Guess it’s time to take some Advil.