Throw Your Shit Away: the Minimalist Lifestyle 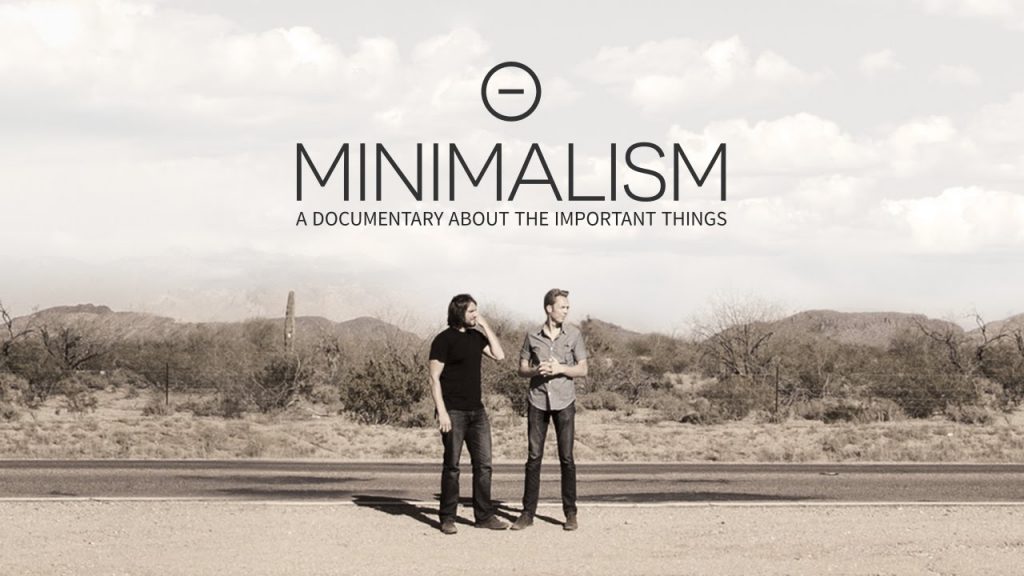 Minimalism is a documentary on Netflix that explores the recently trending minimalist lifestyle.

The documentary snakes through the individual stories of Ryan Nicodemus and Joshua Millburn, two millennial men known as “the minimalists,” who traded their corporate lives for lives with less substance and more simplicity around 10 years ago. The film explored their stories in relation to the negative impact of consumerism on mental health and the health of the environment.

I will admit– watching the film made me want to give away all of my unnecessary things and become a more conscious consumer.

Like minimalist fashion, minimalism in your life is about simplicity. The minimalist lifestyle, as described by the minimalists, is all about surrounding yourself with only the necessities and objects that bring real value into your life. One of the recurring themes in this film involved the danger of consumerism in our current society.

“We spend so much time on the hunt, but nothing ever quite does it for us,” 10% Happier author Dan Harris said.

There was a lot of the cliché “money doesn’t buy happiness” talk in the film. They said that minimalism is the answer because there comes a certain point where more money won’t make you any happier– we are all trying to fill a void in our lives with material possessions. There was talk of how advertising has pushed the twisted American dream on people and made them dissatisfied with what they have– until they get something bigger and better.

In my opinion, the minimalist documentary had good intentions with bad execution. While the message of the film seemed pure, the content was all over the place. There was a point in it where Josh, one of the minimalists, read a dramatic excerpt from his book while he stood in an empty field; I couldn’t help but laugh at it. There were several moments in which the film felt very promotional, gimmicky, and like they were trying hard to push a message; things that this documentary seemed to fight against.

What I did enjoy about this documentary was learning about consumerism and the environment. Becoming a minimalist would lessen your environmental footprint– owning less things means less production. There was a segment on fast-fashion that was really eye opening and I took the time afterward to research sustainable fashion. I discovered that you don’t have to live with only 50 belongings to incorporate minimalist practices into your life.

While I found the minimalist lifestyle to be intriguing, I believe that we need to recognize the fact that not everyone is able to throw their things away. Becoming a more conscious consumer is a privilege that not everyone has, which is something I wish they would have mentioned in the film. All in all, you decide what is best for you– minimalism is not the lifestyle for everyone.

You can check out Minimalism on Netflix and keep up to date with what the minimalists are doing on their website:  http://www.theminimalists.com/