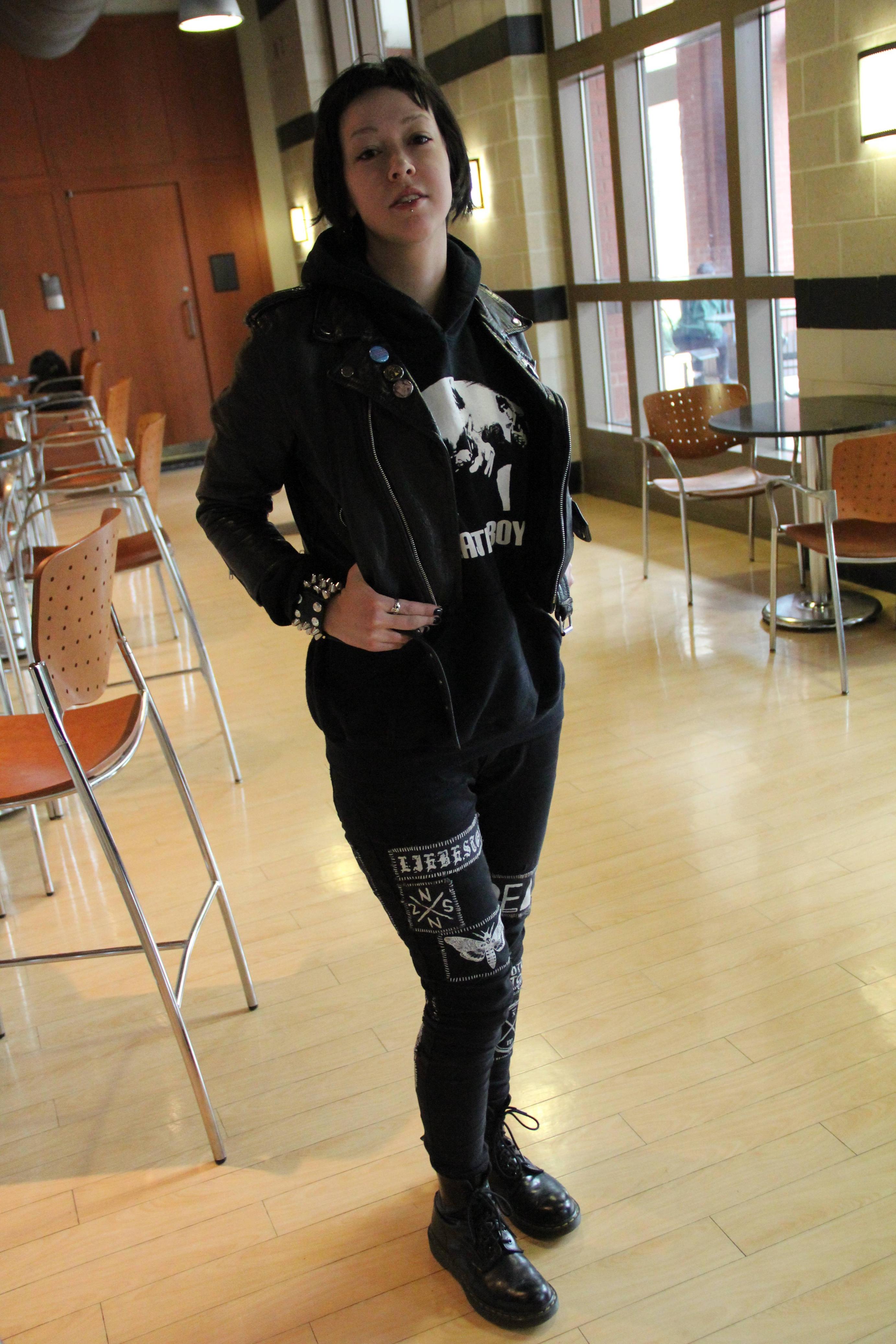 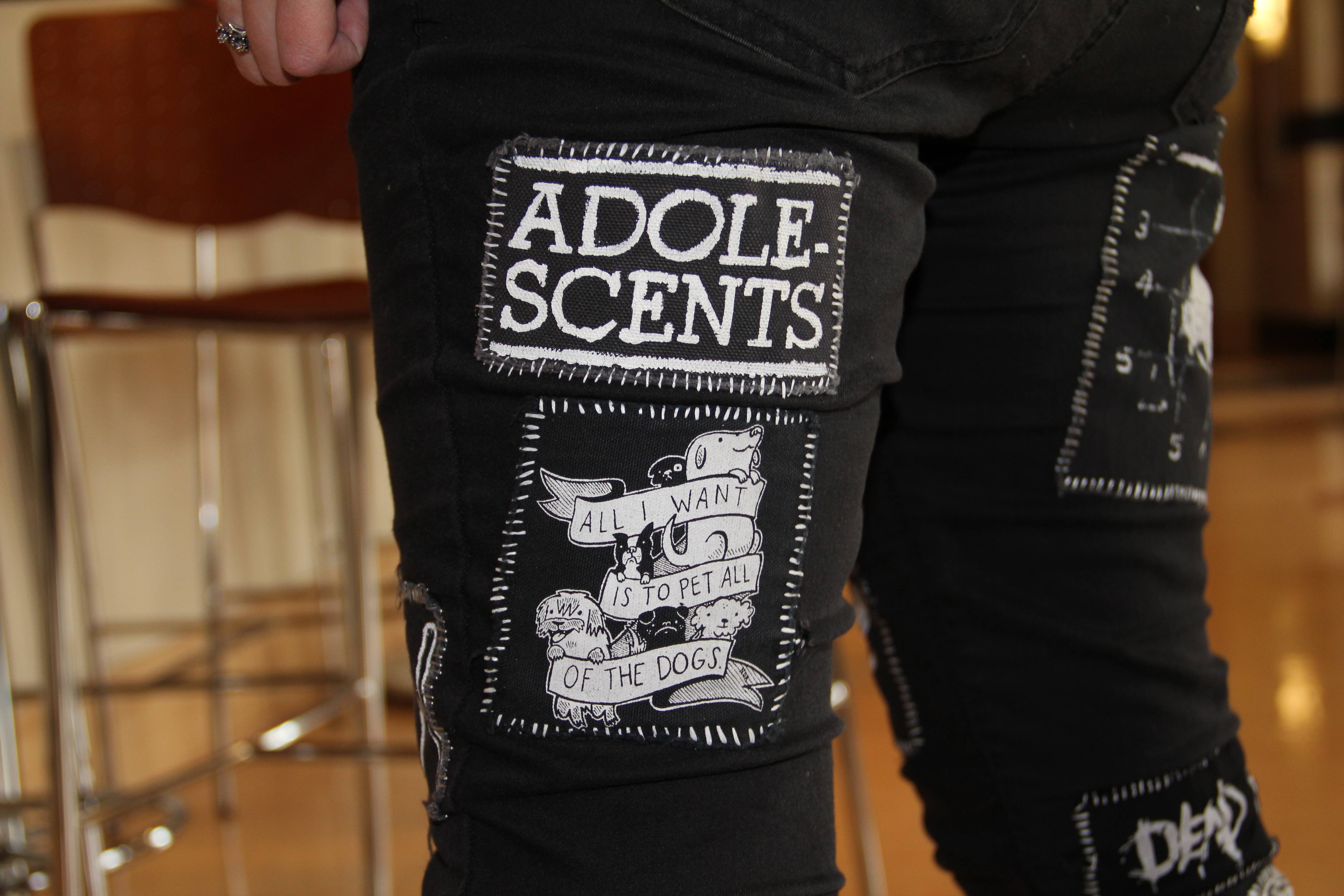 Wearing a leather jacket from Rumors, pants from Kohl’s, and Doc Marten’s shoes.  Some of her patches she made herself and some are from Etsy. 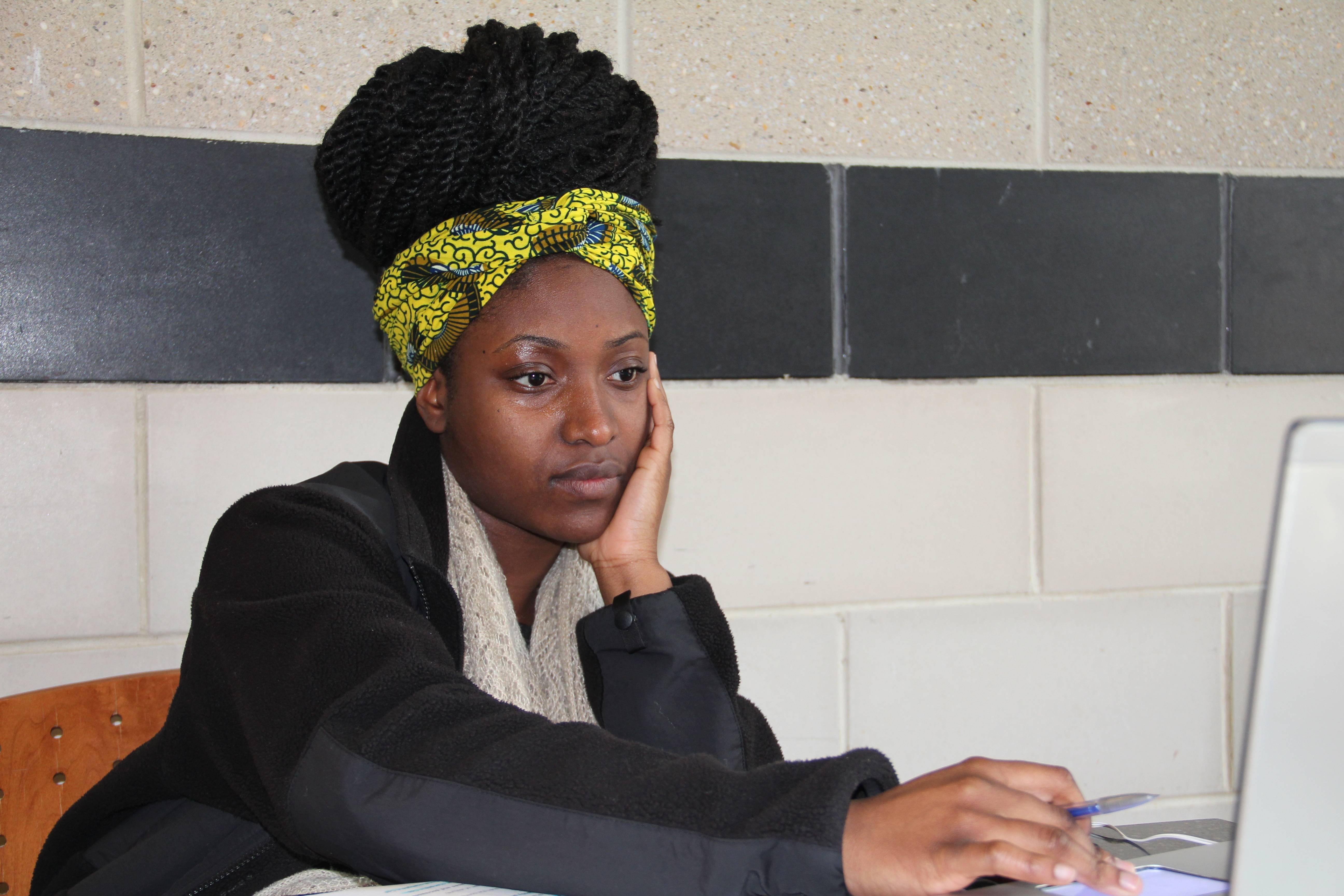 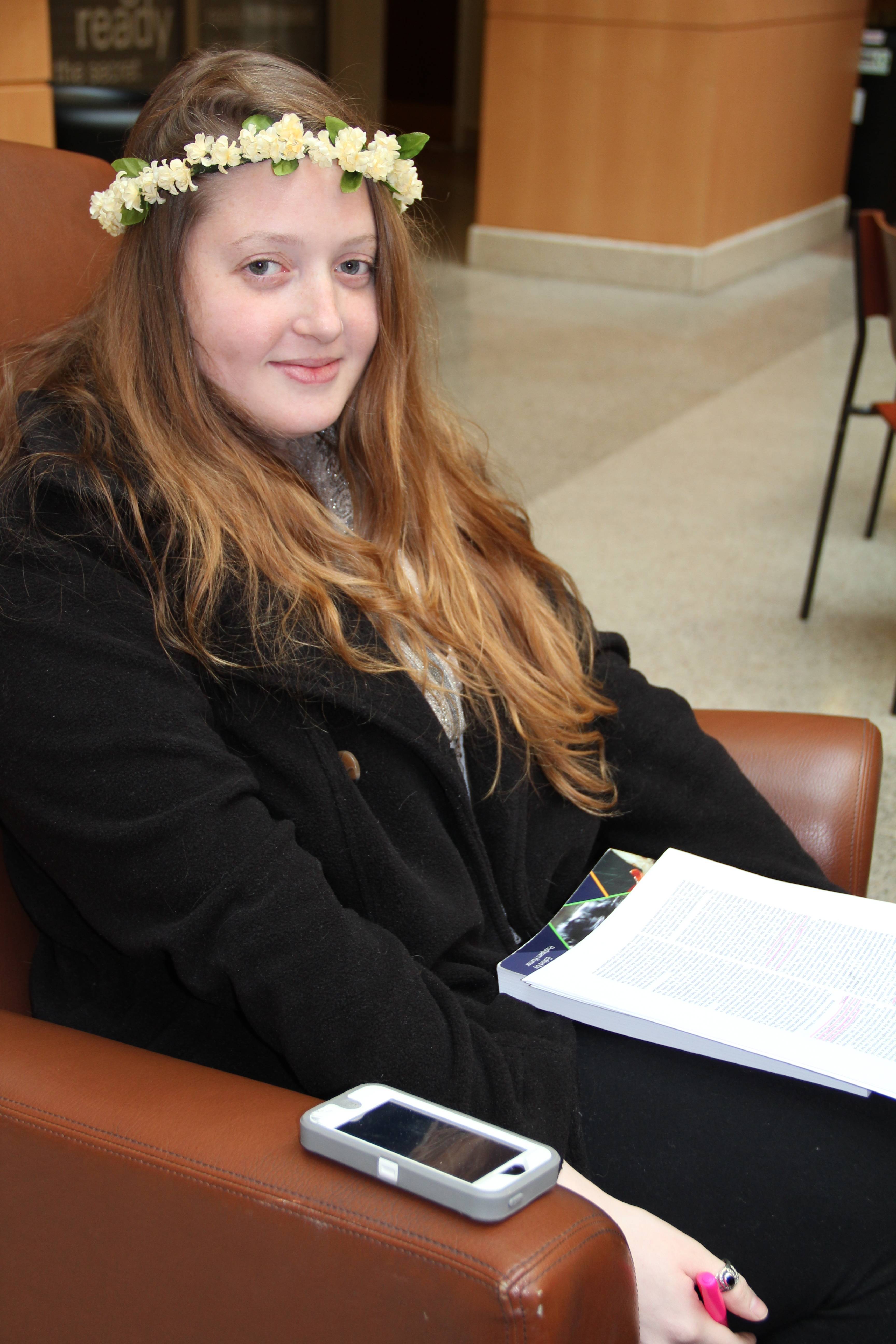 Kristin Longest, Business Administration Major. Wearing a flower crown by her own company, FaerieMamaFashion, which will be at Aura Arts & Music Festival in Florida this weekend. 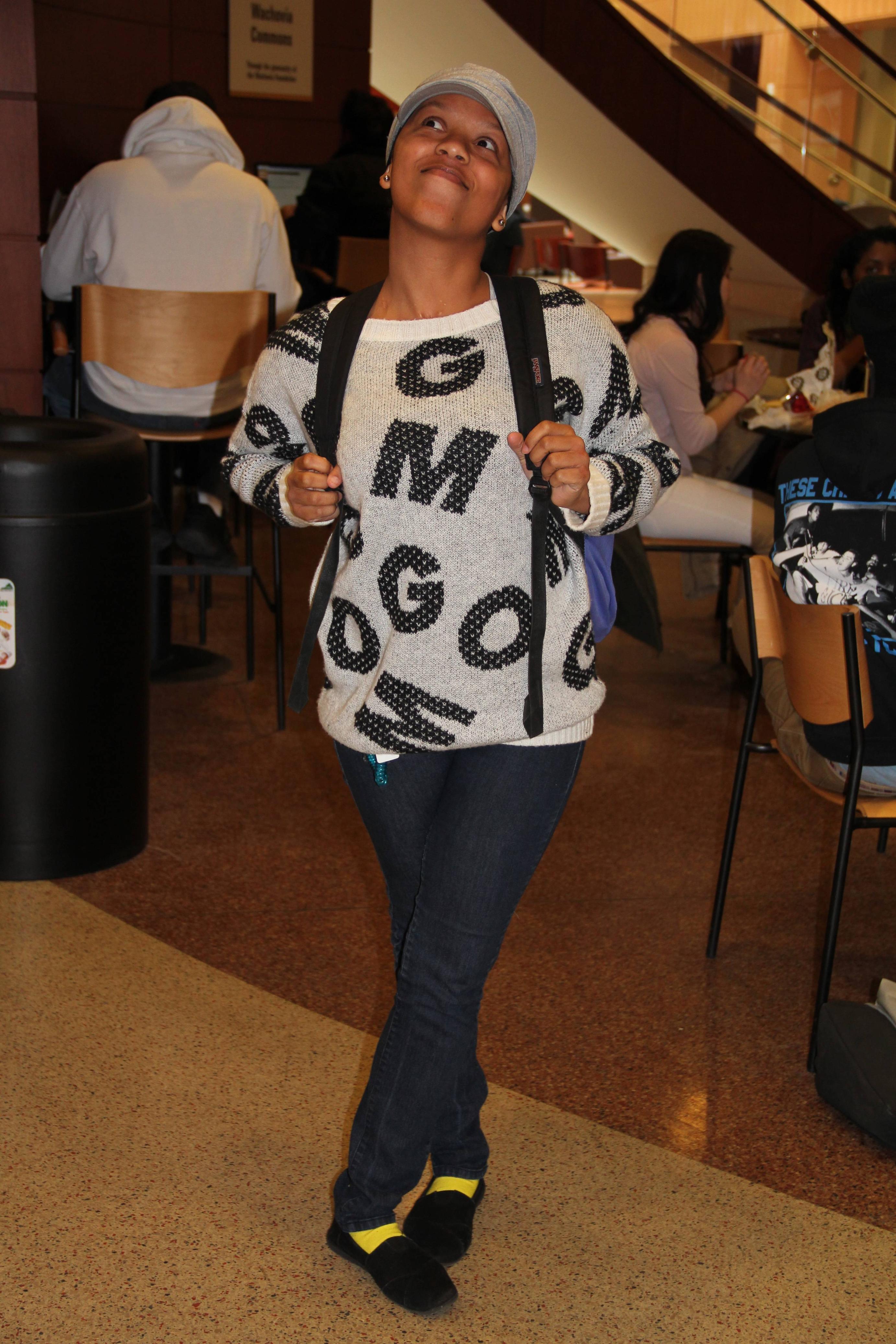 Wearing a sweater from Burlington Coat Factory, where she works. 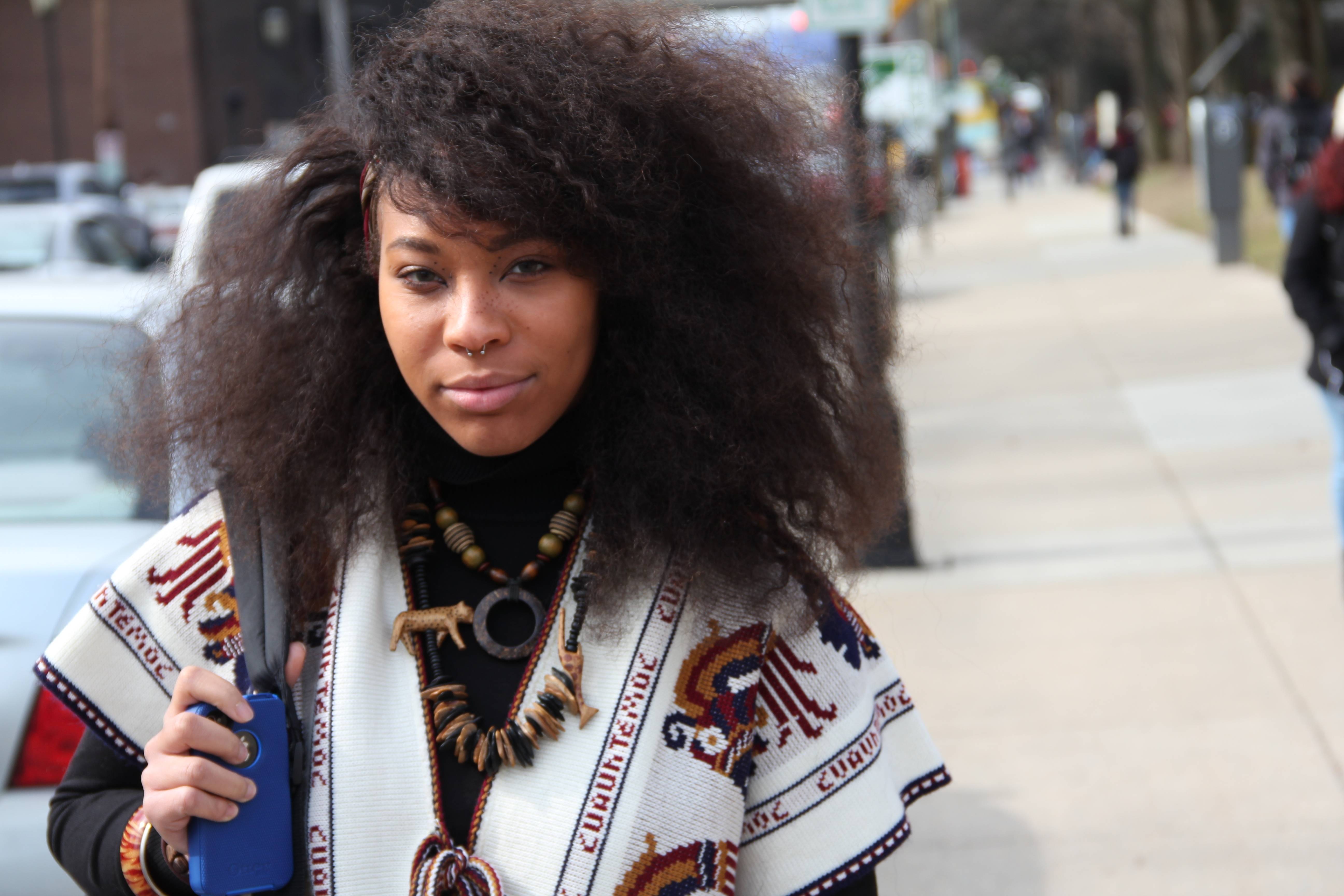 Wearing a poncho from either Puerto Rico or the Dominican Republic, shirt and leggings from H&M, and Doc Marten’s shoes.  Necklaces she made herself, bracelets from Haiti and St. Thomas. 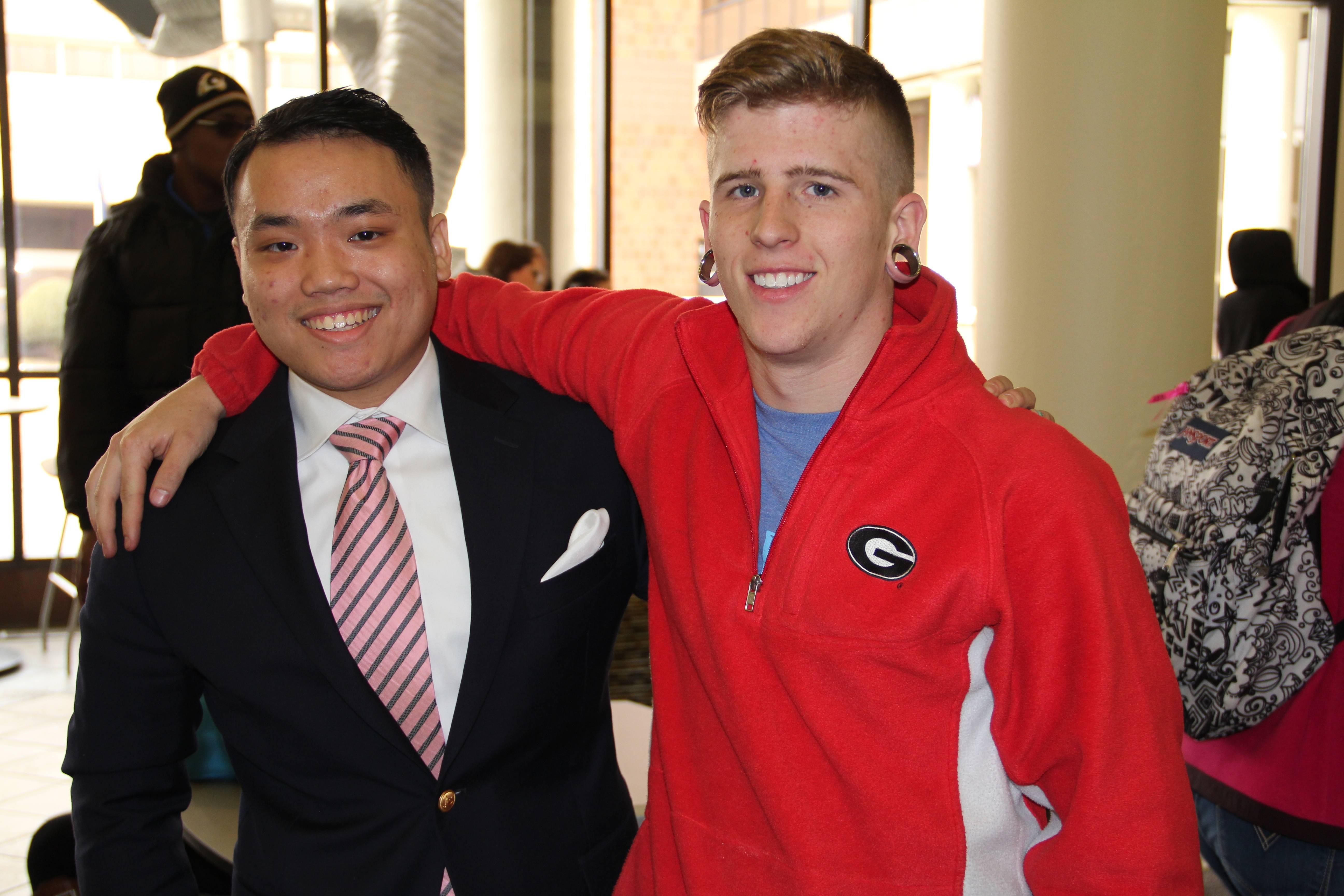 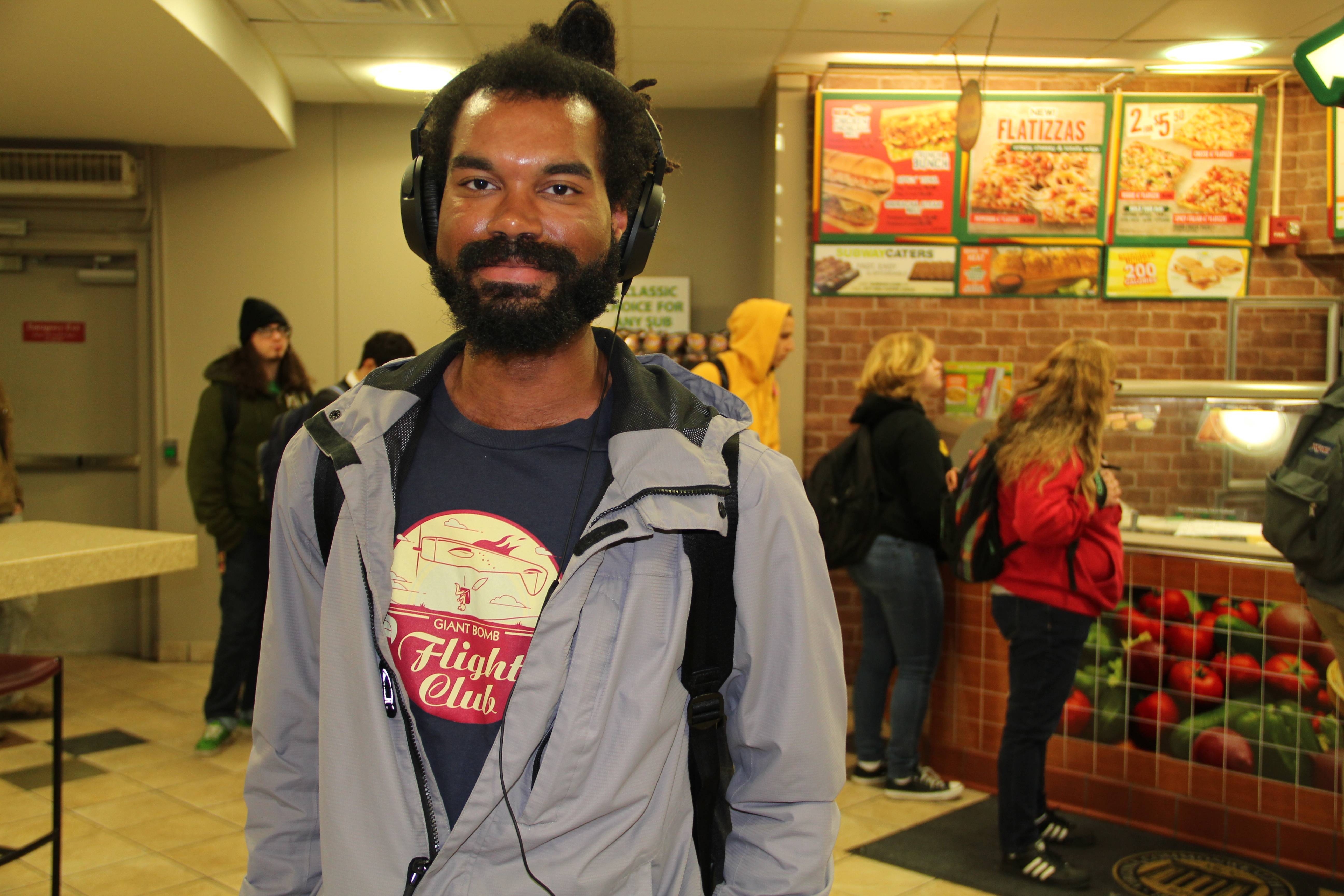 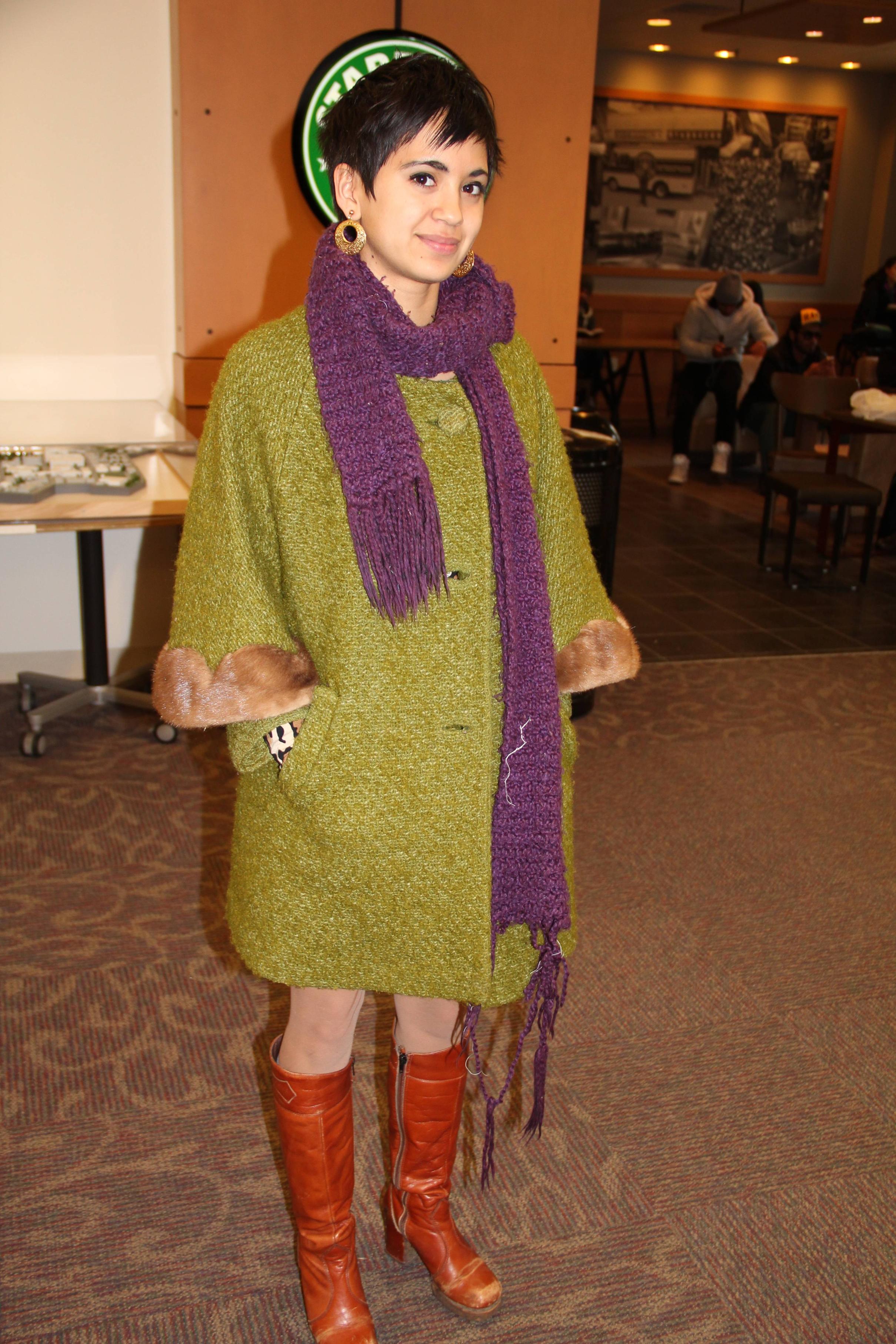 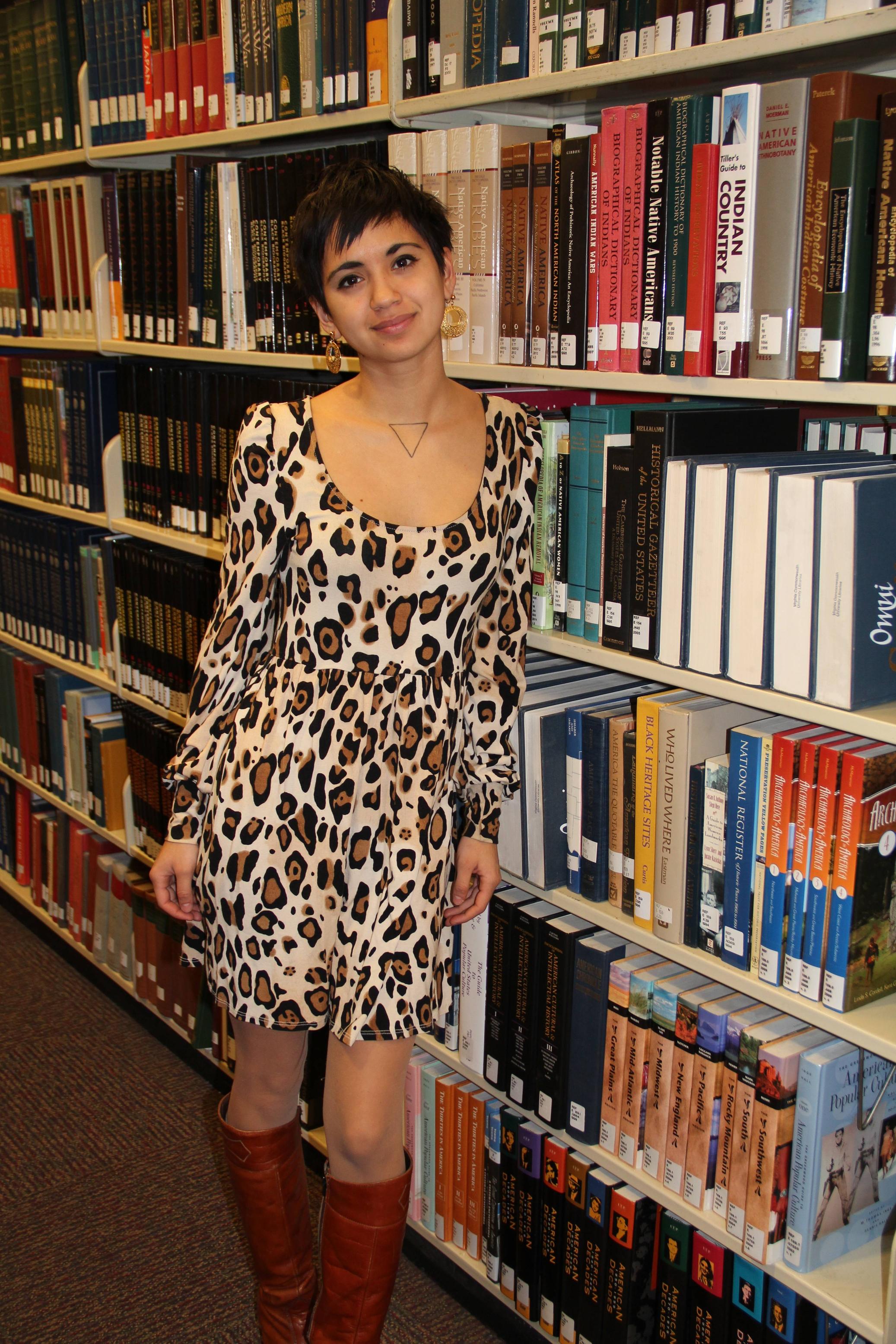 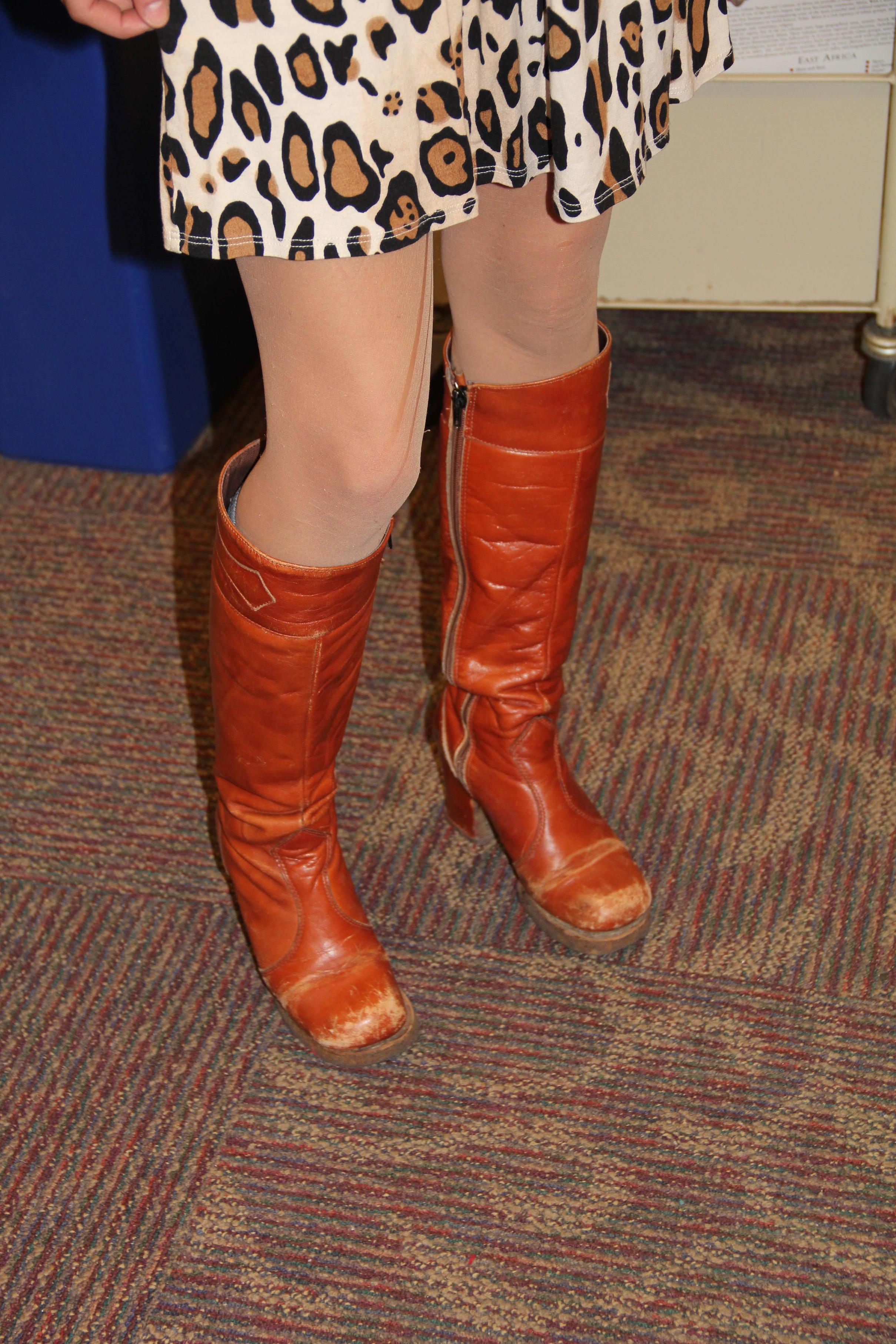